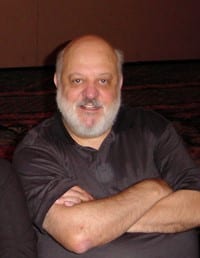 Dr. Ruspini was the recipient of the 2018 IEEE Frank Rosenblatt Technical Field Award and of the 2009 Fuzzy Systems Pioneer Award of the IEEE Computational Intelligence Society. He was a Life Fellow of the IEEE, a First Fellow of the International Fuzzy Systems Association, a Fulbright Scholar, a European Union Marie Curie Fellow, and a SRI International Fellow. In 2004, he received the Meritorious Service Award of the IEEE Neural Networks Society for leading the transition of the Neural Networks Council into Society status. He was one of the founding members of the North American Fuzzy Information Processing Society (NAFIPS) and the recipient of that society’s King-Sun Fu Award. Dr. Ruspini was also the Editor in Chief (together with P.P.Bonissone and W. Pedrycz) of the Handbook of Fuzzy Computation and a member of the Advisory and Editorial Boards of numerous professional journals.

Dr. Ruspini was an active IEEE volunteer, officer, and leader for over 25 years. He was a member of the IEEE Board of Directors and Past-President (President-2001) of the IEEE Neural Networks Council (now Computational Intelligence Society). He occupied numerous positions at the NNC, NNS, and CIS, was a CIS Distinguished Lecturer, NNC Vice President for Conferences (1999­-2000), and CIS Vice President for Finance (2013–2018). Dr. Ruspini was the General Chair of the Second IEEE International Conference on Fuzzy Systems (FUZZ-IEEE’93) and the 1993 IEEE International Conference on Neural Networks. His many contributions to the Computational Intelligence Society were both formative and enduring. His absence creates a void that will be difficult to fill and leaves us all missing Enrique as a professional colleague and friend.