What is Computational Intelligence? 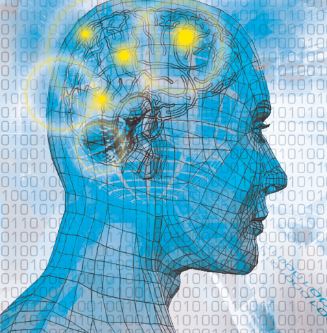 Computational Intelligence (CI) is the theory, design, application and development of biologically and linguistically motivated computational paradigms. Traditionally the three main pillars of CI have been Neural Networks, Fuzzy Systems and Evolutionary Computation. However, in time many nature inspired computing paradigms have evolved. Thus CI is an evolving field and at present in addition to the three main constituents, it encompasses computing paradigms like ambient intelligence, artificial life, cultural learning, artificial endocrine networks, social reasoning, and artificial hormone networks. CI plays a major role in developing successful intelligent systems, including games and cognitive developmental systems. Over the last few years there has been an explosion of research on Deep Learning, in particular deep convolutional neural networks. Nowadays, deep learning has become the core method for artificial intelligence. In fact, some of the most successful AI systems are based on CI.

Using the human brain as a source of inspiration, artificial neural networks (NNs) are massively parallel distributed networks that have the ability to learn and generalize from examples. This area of research includes feedforward NNs, recurrent NNs, self-organizing NNs, deep learning, convolutional neural networks and so on.

For an introduction to neural networks watch this IEEE.tv video:

For more information on neural networks and their applications visit:

Using the human language as a source of inspiration, fuzzy systems (FS) model linguistic imprecision and solve uncertain problems based on a generalization of traditional logic, which enables us to perform approximate reasoning. This area of research includes fuzzy sets and systems, fuzzy clustering and classification, fuzzy controllers, linguistic summarization, fuzzy neural networks, type 2 fuzzy sets and systems, and so on.

For an introduction to fuzzy logic watch these videos:

For more information on fuzzy systems and their applications visit:

For an introduction to evolutionary computation watch this IEEE.tv video:

For more information on evolutionary computation and their applications visit: