Welcome from the President 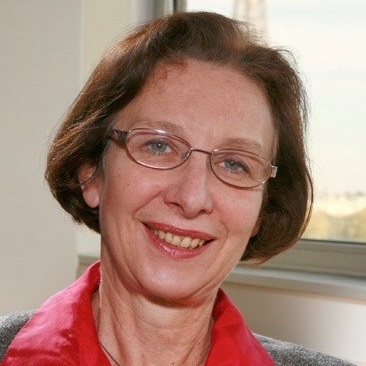 I hope that you had a pleasant holiday season despite the pandemic.

The year 2020 has been very difficult and we have learned to live in a virtual world. All major CIS conferences and other activities have been successfully held, thanks to the efforts of all organizers, although we missed the pleasure of meeting you all in person.

I sincerely wish you and your family a Happy New Year 2021 and I look forward to a dynamic scientific, technical and managerial life, as well as friendly networking in the CIS.

As in previous years, the CIS will pay special attention to diversity, with a constant effort to support the inclusion of a diverse set of speakers, at all its meetings, conferences, and events and to involve more women and under-represented categories of members in its activities. The CIS attaches great importance to being close to its members, particularly through its chapters. Their projects were supported in 2020 and will continue to be supported in 2021. The Student and Early Career Mentoring Program organized on the occasion of IEEE WCCI 2020 will also continue in 2021. In addition, a CIS Adviser-Advisee Program will be created this year to assist undergraduate students in this area.

Relationships with industry are particularly important to the CIS, which will make every effort to work more collaboratively with companies and governmental agencies that use or develop artificial intelligence systems based on computational intelligence techniques in their technical or managerial activities. All members from the industry who are interested in participating in such a global movement toward more interaction between the industrial world and the CIS are welcome to get in touch with me at b.bouchon-meunier@ieee.org.

The year 2021 is very special because we will celebrate the 100th anniversary of Lotfi A. Zadeh’s birth. L. A. Zadeh was certainty a pillar of the IEEE Computational Intelligence Society, both scientifically and humanly. On a scientific basis, fuzzy systems, which he created, are one of the three main components of computational intelligence. But more generally, L. A. Zadeh highlighted very early the importance of the synergy between fuzzy systems, neural networks and evolutionary computation. In 1994, he launched the concept of Soft Computing[1][2], whose components are “fuzzy logic, which is concerned primarily with imprecision, neural network theory, which focuses on learning, and probabilistic reasoning, which deals with uncertainty and includes belief networks, genetic algorithms and chaotic systems”. This definition is very close to the concept of Computational Intelligence. Although the latter was first used in 1983[3] and developed by J. Bezdek[4] in 1992, it became popular mainly with the first IEEE World Congress on Computational Intelligence held for the first time in 1994.

Lotfi A. Zadeh was in full agreement with the spirit of the CIS, always present in its flagship conferences to give keynotes and bearing the values of sharing to which the CIS is attached. He was always available to travel all around the world to explain his seminal ideas and to support the work of others in the field, visiting research groups to give seminars everywhere and serving as a mentor to many young researchers. His proximity to the industry was certain, as evidenced by the Honda price he received in 1989, the Silicon Valley Engineering Hall of Fame award in 2006 or the BBVA Foundation Frontiers of Knowledge Award in 2012. We will organize several events this year to pay tribute to him.

I hope to be able to meet you physically at one of our face-to-face events and even sooner virtually. Take care of yourself and your loved ones.