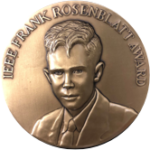 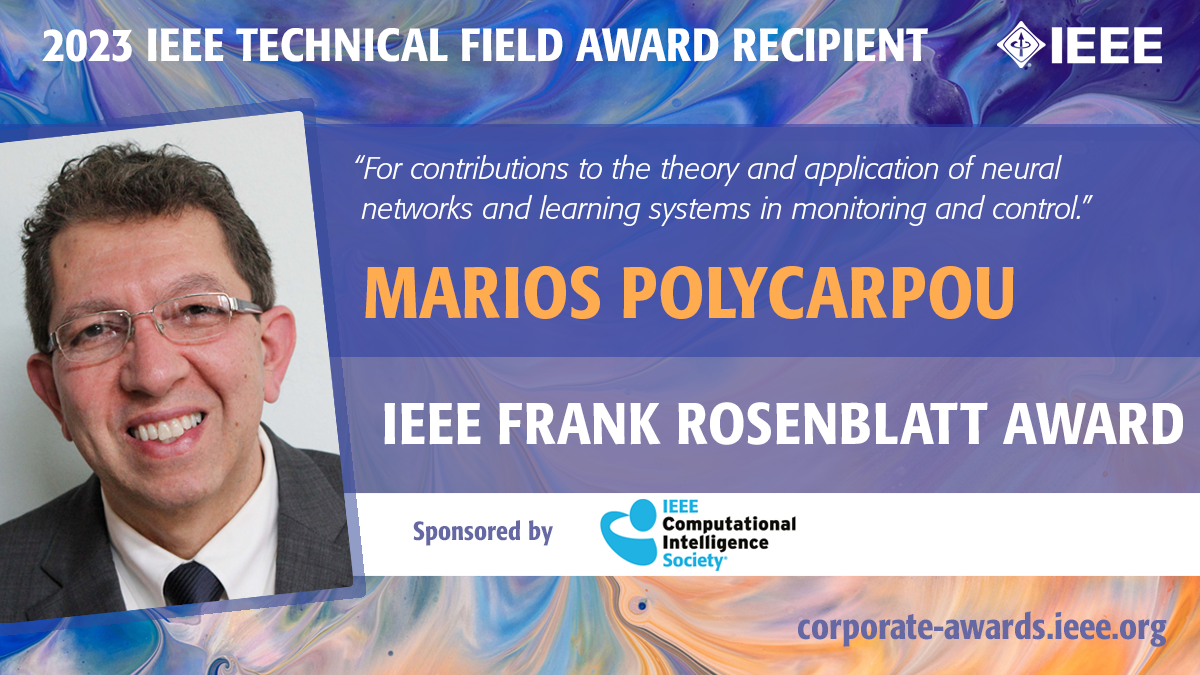 The IEEE Computational Intelligence Society is most pleased to announce that Marios Polycarpou has been selected as the recipient of the prestigious 2023 IEEE Frank Rosenblatt Technical Field Award. Professor Polycarpou was selected "for pioneering contributions to the theory and application of neural networks and learning systems in monitoring and control." Professor Polycarpou will receive the award at the 2023 International Joint Conference on Neural Networks (IJCNN 2023), which will be held in Queensland, Australia, from 18-23 June 2023.

Marios Polycarpou’s research on intelligent monitoring and control has had a long-lasting impact in numerous application domains, including water distribution networks, robotic systems, smart buildings, automation in healthcare devices, smart electric grids, and transportation. His work in neural networks-based adaptive control methods has transformed the field and opened new ways for designing neural control schemes with learning capabilities for uncertain dynamical systems. He also initiated an entirely new approach to using a learning systems methodology in fault diagnosis. First developed in 1994, his approach is now important to the Internet of Things and cyber-physical systems, where faults can heavily—and subtly—affect application performance.

An IEEE Fellow, Polycarpou is a professor of electrical and computer engineering and director of the KIOS Center of Excellence, at the University of Cyprus, Nicosia, Cyprus.