The IEEE Computational Intelligence Society (CIS) is established and organized within the IEEE. The IEEE CIS governance documents are its Constitution, Bylaws and Operations Manual.

The EXCOM is composed of the Society officers: President, the Immediate Past President or the President-elect, and 6 Vice-presidents: VP Conferences, VP Education, VP Finances, VP Members Activities, VP Publications and VP Technical Activities. The ADCOM is composed of 15 members-at-large, who are elected by CIS members, and 8 Society officers, who are elected by ADCOM.  See Fig. 1. 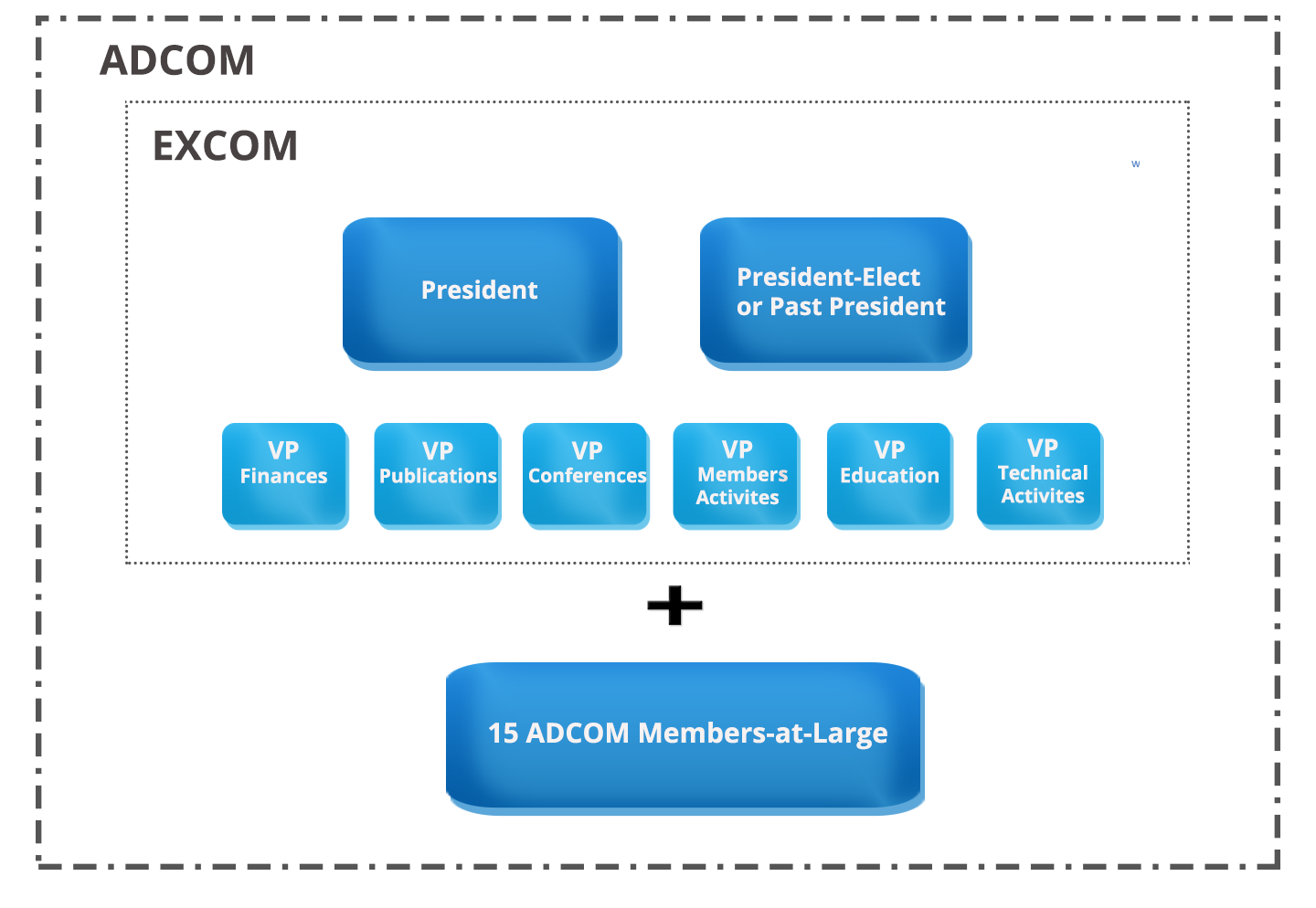 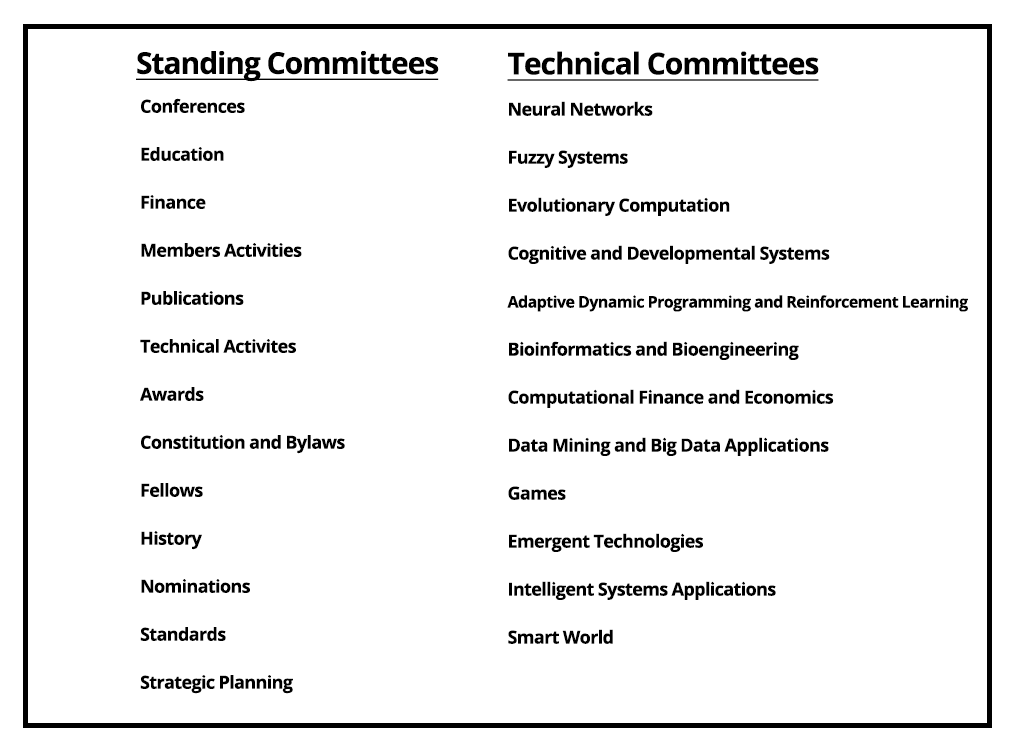 The IEEE CIS has about 7,000 members from all over the world. As a member you may by interested in the Member Benefits and How to Get Involved webpages. Volunteer Resources is a special section for our volunteers. The Society has a large video collection under IEEE.Tv, including the Oral History.

The IEEE CIS organizes several conferences every year. The main conferences where the Society is a financial sponsor are listed below. The Society also is a technical sponsor of many conferences. The Society organizes other events such as Competitions, Tech Challenges, Summer Schools, Webinars, and Distinguished Lecturers. For more information please visit the conferences & events webpage.

*Note: WCCI is organized on even numbered years