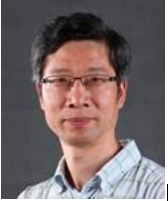 Impacting both the foundational and practical aspects of computational intelligence, Xin Yao’s accomplishments in advancing evolutionary computation and machine learning are making it easier to solve complex optimization problems. His approaches to fast evolutionary programming, in which he proposed a widely known mutation operator and an entirely new methodology for theoretical analysis of evolutionary operators/algorithms, have been applied to neural network structure learning, optimal routing, digital filter design, and design of new materials. His work on stochastic ranking, where he introduced a novel approach to deal with constraints in evolutionary optimization by balancing objectives and penalty functions based on a new ranking method, has had a major impact on solving constraint optimization problems in the areas of electrical, chemical, mechanical, and aeronautical engineering; biology; and economics.