IEEE Day is an annual event that celebrates the first time in history when engineers worldwide gathered to share their technical ideas in 1884. One of the IEEE Day's objectives is to show the ways IEEE members, in local communities, join together to collaborate on ideas that leverage technology for a better tomorrow. Celebrate IEEE Day with CIS witht the webinar: From Machine Learning to Machine Education with Professor Hussein Abbass, CIS Distingushed Lecturer. Machine learning focuses on algorithms and architectures to enable machines to improve performance from experience. Machine teaching focuses on the design of the experience required by a machine to learn. Machine education is concerned with pedagogical design of the processes to empower an AI-enabled system with the experiences and learning processes to design ethical, responsible, and safe smart autonomous systems. This talk will present on machine education and the pedagogical design of smart autonomous systems. Examples will be provided using neural-network-based machine education case studies. Hussein Abbass is a Professor at the School of Engineering and Information Technology at University of New South Wales, Canberra, Australia. He is the Founding Editor-in-Chief for the IEEE Transactions on Artificial Intelligence.

Collective behaviours such as swarm formations of autonomous agents offer the advantages of efficient movement, redundancy, and potential for human guidance of a single swarm organism. However, with the explosion in hardware platforms for autonomous vehicles, swarm robotic programming requires significant manual input for each new platform. This talk introduces two developmental approaches to evolving collective behaviours whereby the developmental process is guided by a task-non-specific value system. Two value systems will be considered: the first based on a survey of human perception of swarming and the second based on a computational model of curiosity. Unlike traditional approaches, these value systems do not need in advance the precise characteristics of the intended swarming behaviours. Rather they reward the emergence of structured collective motions, permitting the emergence of multiple collective behaviours, including aggregation and navigation behaviours. This talk will examine the performance of these value system in a series of controlled experiments on point-mass ‘boids’ and simulated robots. We will see how the value systems can recognise multiple “interesting” structured collective behaviours and distinguish them from random movement patterns. We will also see how the value systems can be used to tune random motions into structured collective motions.

Infrastructure planning and restoration following a disaster is a complex problem requiring the integration of multiple data types and the evaluation of complex and potentially nonlinear relationships. This research uses publicly available data sets shared by the United States Geological Survey (The National Map, Digital Elevation Models, seismic data), the United States Army Corps of Engineers (River Discharge data, Lock & Dam and Levee inventory), and the U.S. National Weather Service (rainfall data, predicted weather patterns). This body of work examines evolutionary computation for infrastructure restoration planning in the aftermath of tornadoes and earthquakes. The use of neural networks is considered to predict changing water levels to capture the timing and impact of flooding and flash flooding events on transportation infrastructure. Algorithms have been used to develop plans for rerouting traffic to minimize the impact of the flooding event on the transportation system, as well as the risk to human lives. This allows emergency management and transportation engineering managers to make better decisions related to safety and the restoration of critical infrastructure elements.

Steven M. Corns an Associate Professor of Engineering Management and Systems Engineering at Missouri University of Science and Technology. He received his PhD degree in mechanical engineering from Iowa State University in 2008. Dr. Corns research interests include computational intelligence applications, the mechanics of information transfer in evolutionary algorithms, and model based approaches for complex systems design and analysis. Applications include computational biology/bioinformatics, transportation, and defense. He has applied computational intelligence techniques to disaster modeling and restoration planning for several years, including four projects involving flooding prediction and associated traffic rerouting.

Why are the financial markets so problematical? One reason is that financial markets consist of many systems – having other complex systems as components – that interact in complicated ways. The focus of this webinar is to explain the complexity of several financial systems in terms of several properties that are characteristic of large, diverse, complex systems. We distill this framework for financial systems of systems to include properties describing interactions among other system components; properties relating to interactions within the system environment; and properties relating to interactions with time. In this webinar, we discuss how these properties impact financial systems involved with high frequency trading (connectivity vs. latency arbitrage); market fragmentation (autonomy vs. regulatory-induced feedback); and credit (model diversity vs. copula model risk). 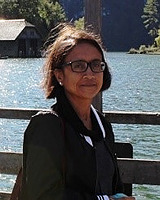 Sushmita Mitra is a full professor at the Machine Intelligence Unit (MIU), Indian Statistical Institute, Kolkata. From 1992 to 1994 she was in the RWTH, Aachen, Germany as a DAAD Fellow. She was a Visiting Professor in the Computer Science Departments of the University of Alberta, Edmonton, Canada; Meiji University, Japan; and Aalborg University Esbjerg, Denmark. Dr. Mitra received the National Talent Search Scholarship (1978-1983) from NCERT, India, the University Gold Medal in 1988, the IEEE TNN Outstanding Paper Award in 1994 for her pioneering work in neuro-fuzzy computing, the CIMPA-INRIA-UNESCO Fellowship in 1996, and Fulbright-Nehru Senior Research Fellowship in 2018-2020. She was the INAE Chair Professor during 2018-2020.

STEAM is an extension of the well-known teaching approach called STEM (Science, Technology Engineering, and Mathematics). Adding the A for Arts, it becomes STEAM. Many people are working in something that became a new trend: STEM teaching. But there are very few metrics defined to evaluate the goodness of this type of activity. This webinar presents some concepts, the work of a team led by the Digital Communications Institute of the Argentine Scientific Society, and the first findings.

Introduction of STEAM, the cognitive problem in the learning process the life cycle of a STEAM project data, metrics, and findings conclusions .